There is a record in the Ulster Branch Minute Book of 1901-02 of an Armagh Club becoming a member, but little is known of these early days. This year, Armagh Mens Hockey Club celebrate 20 years success having founded on 23 February 1994.

Throughout the 80’s and 90’s key figures within the local schools had created an appetite for mens hockey in the Armagh area and inevitably a club was formed in 1994. These men included Ronnie Harkness, George Comptson, Wesley Ferris and Eddie Megaw. Some of the other early pioneers to bring hockey to Armagh were David McManus (Cookstown HC & Ireland), along with Seamus Duffy and Phil Homan both of Armagh Cricket Club.

The early captains armbands were taken up by Coin Wilson (1st XI), Kenny Spence (2nd XI), Joe Robson (3rd XI) and so was the start of journey for Armagh Mens Hockey Club. With a will and a way, these captains managed to pool sufficient players for not just one mens team but at one point four mens teams.

The Club’s first Ulster Junior Representative was Howard Quin and many have followed him. Jonny Brown and Kyle Marshall represented Ireland & Ulster U16’s and U18’s.  In 2000, with the support of Armagh Council and the NI Sports Council the club moved to play its matches on a new sand based astro pitch at Ardmore. Previous to this it had played its matches on he shale surface at Lonsdale Playing Fields (Royal School Armagh).

Armagh Mens Hockey Club has enjoyed much success over the past 20 years with Intermediate Cup, Linden Cups, Sussex Cup, and promotion to Senior league 1. The 2nd XI team climbed the leagues from Junior 7 to Junior 3 winning leagues and cups on the way.

When it comes to hockey, Armagh’s George Compston was one of the best around, both as player and manager. From the early beginnings at Newry Grammar School to taking an Irish international side to the Hockey World Cup in Pakistan, George seen and done it all.

George was involved in many sports throughout the years from Golf and badminton to squash and tennis but hockey was where he really excelled. As an Irish International Player and manager, George enjoyed fruitful career that took him places over the globe. Kuala Lumpur, Italy, New Zealand, and the USA are only a few of the places he seen on his travels with the Irish National and Club teams.

George first started playing hockey at Newry Grammar School and from there he went on to play Ulster and Irish Schoolboys. George played for Banbridge and Lisnagarvey where he won Irish Cup and League Titles in the 1970’s. He, later played for YMCA winning league and Irish Cup double.

He managed the Irish Indoor team, and Irish National side taking them to play in front packed stadiums in Pakistan. In 1998 George quit the International side to concentrate on growing Armagh Mens Hockey Club set up in 1994. With George coaching the team it wasn’t long before the first success of Linden Cup in 1999 and 2002 they won promotion to Senior Hockey league.

George has also held the role of Ulster Hockey Branch President and is an Honorary Life member of the Irish Hockey Association. While in the world of Golf he was both Captain and President or County Armagh Golf Club.

Sadly, George Compston passed away in April 2013. George had such an impact on Hockey and sport in Armagh. There are few sportsmen who will ever enjoy the success, awards and honors, (both player and coach), as George did. This Gala dinner is a fundraiser to help raise much needed funds for NI Leukemia Research Fund.

His legacy will always live on with Hockey in Armagh and the Armagh Primary Schools tournament was recently re-named the ‘George Compston Memorial Tournament’. 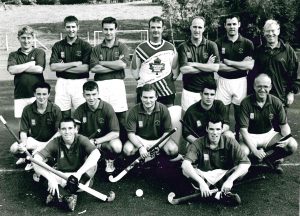 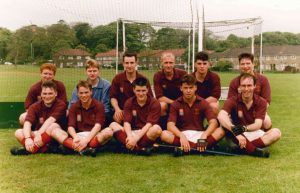 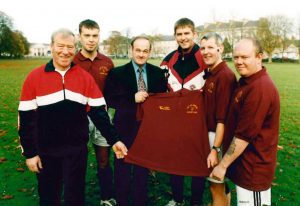 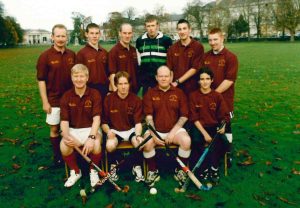 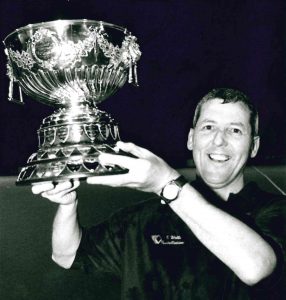 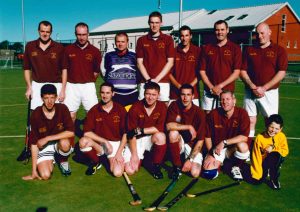 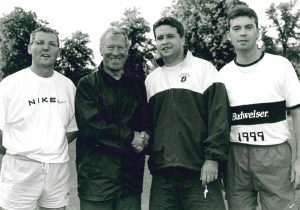 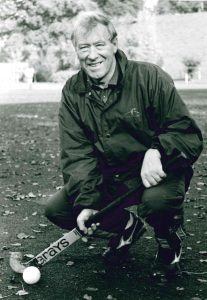